Are you going to buy a new mobile? Are you considering wireless gifts? Our checklist provides you with the keywords and standards you should look for when Wi-Fi is involved. 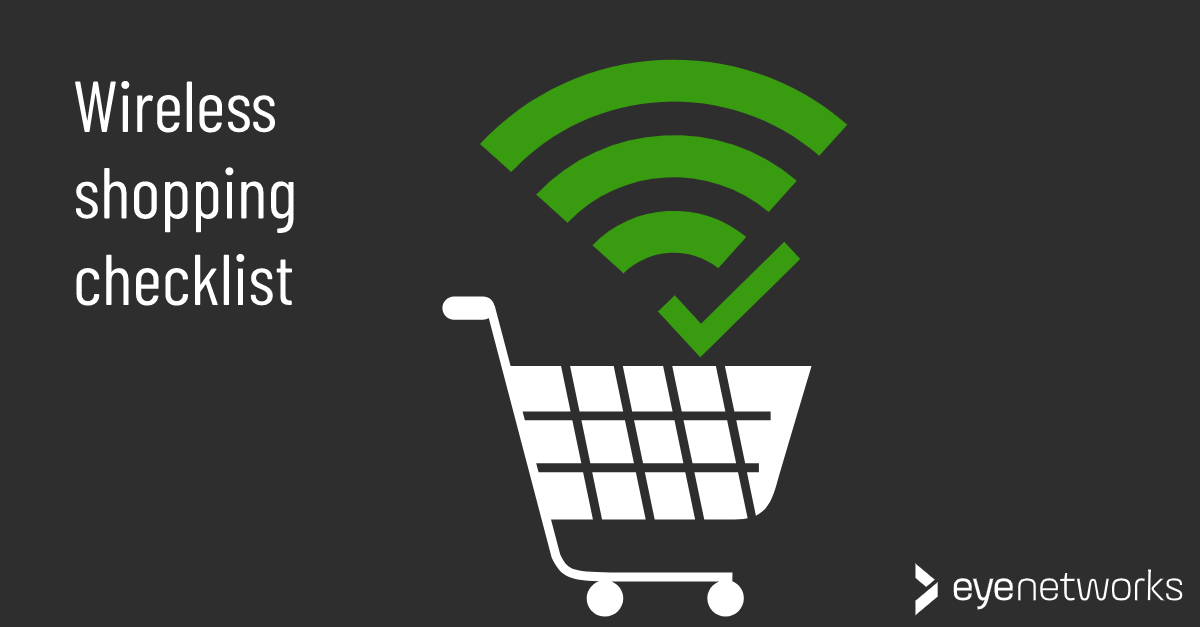 There's a lot to think about when buying new electronics, but if you want your new phone, laptop or other device to perform well on wifi, or if you want to avoid interfering with others' wireless networks – include this checklist in your planning.

How to Find Information

If you don't have or can't find information from the manufacturer about everything below, check to see whether the device you are looking at is on this list: http://clients.mikealbano.com/

The wifi standard support is located in the ". 11" column.

1. Must Have for Mobiles and Computers: Wi-Fi 6 or Wi-Fi 5 for the fastest connections

The wifi standards 802.11ax and 802.11ac, also known as Wi-Fi 6 and Wi-Fi 5, provides support for some of the highest available speeds and latest technologies. There is no point in buying a new computer, tablet, or smartphone today that does not support at least Wi-Fi 5.

Tthe vast majority of devices will be backwards compatible with the older wifi standards. This means that they can also be used with older routers and wireless networks, although performance is not as good as when every party supports the latest standard.

Also check what is the maximum connection speed for your device. It should be at least:

Do you have a smart device on your wishlist, like a Wi-Fi scale or Amazon Echo?

Many such devices will only support Wi-Fi 4, also known as 802.11n. This also applies to DIY technology products such as Raspberry Pi and Arduino. As long as you do not expect high speeds from these devices, and you make sure that they are placed for optimal coverage in your home, this is not a problem.

Pay particular attention to devices intended for use in or near the bathroom, such as smart scales, because most bathrooms have poor conditions for wireless coverage. Floor heating, steel reinforcement in walls, and so on can make for poor coverage.

Therefore, it is extra important to make sure that any smart devices in the bathroom do not become bad apples that ruin the network.

Any device you want to be able to move around with should support the 802.11k, r, and v standards. This will provide better handling as you move between multiple access points/hotspots on the same network, both when you have a network with multiple access points at home, such as eero or Zyxel MPro Mesh, and not least when the client is used with public wireless networks or workplace wifi

You can read more about these standards and support for them in Apple iOS products here.

4. Check Which Channels are Supported

Some Wi-Fi channels that are common and legal in Norway are prohibited in other countries – and vice versa.

For the vast majority of new products and products aimed at the Norwegian market, this is not a problem. If, however, you intend to order electronics yourself from the United States or Asia, it is advisable to pay attention.

Sometimes this can be fixed by changing a setting — for example, you can do this with Raspberry Pi computers.

On some products there is no way to change this, which means that you must at least ensure that your own network does not use these channels. You also run the risk that the device will not work on other people's networks if they use these channels.

Anything that supports the 802.11ac or n and 5 GHz frequency bands should also support what is called DFS (Dynamic Frequency Selection), a technology that ensures that you can use several of the channels without causing problems for, among other things, weather radars.

Again, this is most important for those ordering products directly from abroad. Beware: If a device does not support DFS, it should also not support the Wi-Fi channels from 52 and up.

What You Should Know About Other Electronics and Wifi

Plans to buy electronics without Wi-Fi? Keep in mind that it can still affect the wireless network, and in some cases it can create a lot of noise/interference.

The biggest sinner you rarely think of is probably the microwave oven. A microwave oven that leaks can be very damaging to the surrounding wireless network.

Here you can read more about how leakage from microwave affects Wi-Fi at 2.4 GHz.

Smart light bulbs, wireless speakers such as Sonos and Bluetooth headsets are other examples of equipment that can create interference for your wireless network.

Bluetooth signals should be turned off when not in use (this will also save power).

Here you can get advice on how to prevent wireless speakers and Wi-Fi from cramping each other's styles.