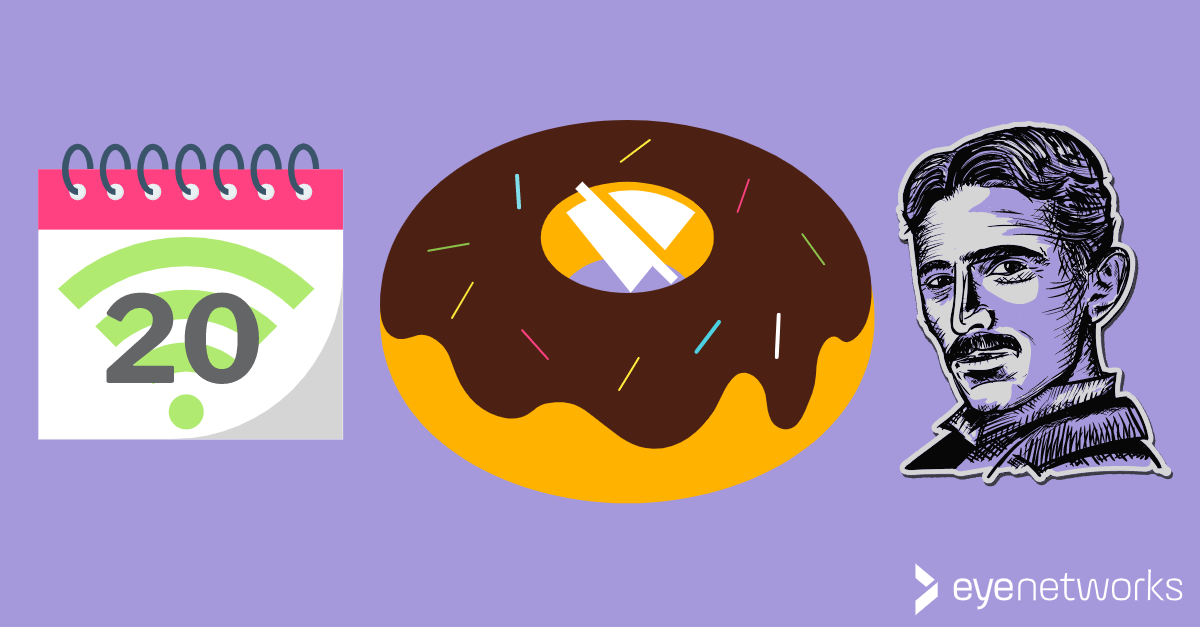 "Wi-Fi" Does Not Really Mean Anything

Sure, "wi" stands for wireless, of course, but that last part? It stands for nothing except "the naming consultants liked the pun on hi-fi". The most important thing was to come up with a name that was more accessible than the name of the wireless standards (802.11x), and admittedly that seems to have worked!

Read more about where Wi-Fi comes from.

The furthest reaching Wi-Fi signal recorded in the Guinness Book of World Records is from 2007. That was when Ermanno Pietrosemoli sent a wireless signal 382 km (237 miles) between two mountain peaks in the Venezuelan Andes. The throughput was a whopping 3 Mbps! Source: Guinness World Records

Here it may be appropriate to remind that it is neither wise nor, in many cases, legal to fiddle with the antennas of your router to extend the signals?
Don't. Boost. Your Wi-Fi Signal.

A classic router or repeater with visible antennas creates a doughnut-shaped wireless coverage field around it. In the middle there is a "hole", that is, a zone straight up and straight down between the antennae where there is no Wi-Fi coverage.

You can read more about this and why we consider internal antennas to be the best choice for home Wi-Fi here.

In Wi-Fi the Weakest Link Wins Every Time

The weakest party pretty much calls all the shots in Wi-Fi. New smartphone and old router? The router drags the phone down to its level. Shiny new router and old PC? Your PC is going to be just as slow online as it used to be.

... is not one of the UN's international commemorations, but an initiative of the Wireless Broadband Alliance, which is a collaboration between several major industry players. The day is June 20, and the goal, according to the alliance, is to help bridge the digital gap. Source: World Wi-Fi Day

Local and regional laws and policies place limits on what to do with wireless signals, and thus what Wi-Fi equipment can and will support.

This means that if you bring equipment from one geographic area to another, or buy electronics in another market, it may not work as expected.

The most common and best known example of this are the frequency channels 12 and 13 on the 2.4 GHz band. These channels are available in most of the world, Norway included, but not in the United States. Equipment intended for the US market will therefore not support these channels.

Read more about this (among other things) here: Checklist when you can't connect to Wi-Fi.

Croatian-American inventor and scientist Nikola Tesla (1856-1943) predicted a lot of technology that was only to come - or become applicable - after his time. "When wireless is perfectly applied to the whole earth will be converted into a huge brain," Tesla said in a 1926 interview. He also said "Present wireless receiving apparatus will be scrapped for much simpler machines; static and all forms of interference will be eliminated, so that innumerable transmitters and receivers may be operated without interference."

While we wait for the last bit of that all forms of interference to be eliminated, here's a reminder of what's interfering with and blocking wifi signals in a typical home today.